The Market, NOT Washington, will Drive Renewable Energy Growth

Biomass just doesn’t get a lot of love in the US as a renewable energy tool. We know that it can be a significant contributor to mitigating the risks of climate change if it had sufficient policy support but ultimately, money always wins.

Do we have reason to believe this dynamic would change if leadership in Washington changes in November?

While there are a number of economic gaps between fossil and biomass energies, the primary disparity is not political but rather comes down to simple chemistry: Fossil energy has more double bonds than biomass, which release more energy per unit mass of fuel.

This differential energy content isn’t the only reason fossil-based power has an economic advantage over biomass:

The way to make all types of renewable energy more competitive with fossil-based energy is to address both of these issues. And what are the odds of that happening? Right now, I think fairly low.

Bills have been introduced in recent years that have proposed a carbon dividend/tax; however, they have typically been moved to bottom of the stack. The dividend portion is necessary because renewable energy is more expensive to produce and an increased cost will disproportionately impact lower income citizens. The basic idea of a dividend/tax approach is that all citizens would pay a tax for net carbon contribution (think $0.40/gallon of gas), but the taxes would be collected and redistributed preferentially to lower income individuals.

The other approach, which I believe would provide an easier policy lift, would be to strip away subsidies for fossil energy companies altogether. Some of this shift in economics would be passed on to consumers, but some may (and should) be absorbed by the shareholders of the companies as reduced earnings. However, the strong lobby presence of big oil will make this very difficult.

Can Anything Really Change in DC?

There is a possibility that policy initiatives favorable to renewables can develop, but exactly how much will depend on the policies put forward and the market capacity to make use of them. There are some specific areas where biomass could come into play, specifically in liquid biofuels and hydrogen generation.

However, I’ve come to be more pragmatic about the inability of Washington to actually accomplish anything meaningful and sustainable due to our two-year election cycle that is driven by short-term perspectives. It seems to be increasingly difficult for our elected officials to take a long-term, strategic view.

The climate/carbon emissions circular economy, Environmental, Social, and Corporate Governance (ESG) policies, waste reductions, etc. are all now part of corporations’ “social license to operate.” The pressure behind corporate responsibility is now being applied via the finance sector, which has always had the ability to influence behavior at the corporate level.

Furthermore, global corporations ultimately answer to shareholders, many of which are entities like Blackstone. Blackstone is now part of the Climate Action 100+ organization, which includes large investment houses that have pledged not to invest in fossil energies but will instead invest in renewables. The 450 members collectively control over $40 trillion in assets, which will create significant influence in the market to drive corporate responsibility around the issues of carbon emissions and climate change.

All of the above brings me to one final point: Renewable energy development is going to continue to increase because climate change drives it. The broader deployment will be directed, at a minimum, by social license to operate and hopefully by policy as an enhancement. Biomass energy will have a role going forward but it will unfortunately continue to be a “fringe” component of the renewables portfolio, deployed at a much lower rate than it can or should be.

Nonetheless, those of us in the sector will continue our advocacy role to educate the public about the benefits of bio-based energy, and will do our part to support the development and deployment of bioenergy-based businesses. 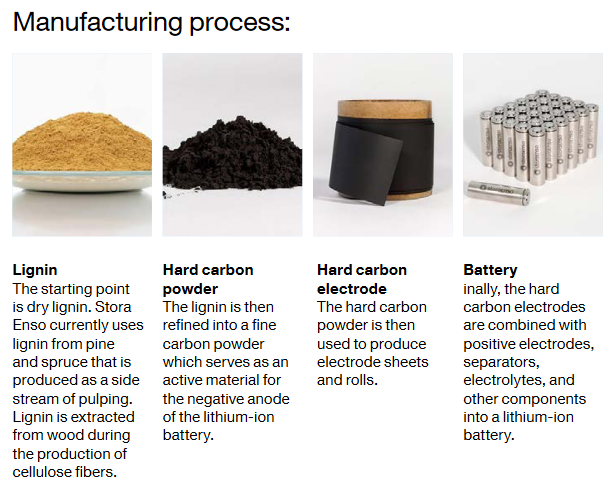 Bioenergy
Batteries Made with Renewable Wood Could Help Alleviate Energy Pressures
When we think of innovative battery technologies and some of the scalable, successful products that have been developed...
END_OF_DOCUMENT_TOKEN_TO_BE_REPLACED